AKA ‘The clean nose run’ (must be the coastalness.)

It all started for Simon when he used to do more cycle campaigning and would go to lengthy meetings at the LCC offices near Tower Bridge. Afterwards he would need a bike ride to clear his head and naturally gravitated to the Thames Path, this winds its way along the riverbank through historic parts of London and when you’ve had enough you can easily get the train back to the centre. So the rides extended past Greenwich to Woolwich and even Dartford and eventually I even made it past Bluewater and Ebbsfleet into the Kentish hills and on to Chatham, where I could get the Javelin back to St. Pancras – totally convenient!

Richard and Simon talked this over and organised a trip starting at St Albans, going over to Bishops Stortford, heading down the Stort and Lea valleys (in heavy rain) taking in the Model Railway exhibition at Ally Pally and staying in the youth hostel at Wapping.

The next day we set off to Chatham with a view to hitting the Maritime Museum/Historic Docks but it took so long to get there that the museum was due to close by the time we arrived – still a great ride though.

So the next time we resolved to start at Rochester and head into Deep Kent.

One of the great things about going to Kent is how quickly you can get there – grab a cheap fare on EM Trains, then take the Javelin from St Pancras and you’re there in about 3 hours. We took (mostly) Bromptons for ease of transport (although there were some issues getting them stowed on the more crowded trains)

We stayed in the Wetherspoons in Rochester, against Simon’s better judgement, but the rooms were fine and the castle, the cathedral and the bridge(s) over the medway were suitably imposing at night.

Spurning the ‘Spoons brekkie offering for some reason…. we scoured the town for a cafe that was prepared to open before 9.30, which turned out to be the Seaplane Works Veggie/Vegan emporium, a nod to the local Short’s erstwhile seaplane building business, and poaching the best eggs on the Medway. 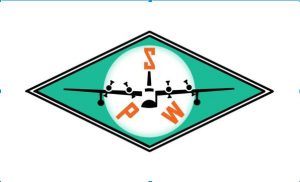 Sticking faithfully to NCN1, and after a deal of pedalling on cycle routes alongside heavy traffic, with occasional forays onto the interesting working Medway riverside, we emerged into the lovely kent countryside proper, only to then be shunted on to the 4 wheel hell that surrounds S*ittingbourne. (Plenty of cheap weak tea avail at Makcaris caff though.)

We finally managed to escape from the place into Swale district, and made our way through countryside somewhat blighted by fly-tipping towards Conyer. Here we encountered the only major obstacle of the tour: 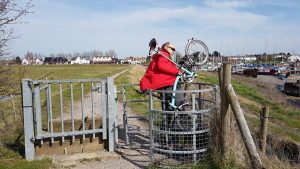 Despite this it was a very pleasant spot to take lunch before continuing into Faversham, a much more beautiful town than Sittingbourne and home of Shepherd Neame brewery, just clearing up after market day. Richard disappeared into the brewery shop to buy refreshments for later while others headed for the cafe. 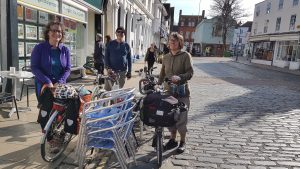 The sun was shining as we embarked on the last leg from Faversham to Whitstable. This took us along the coast beside posters objecting to a proposed solar farm (“bigger than Faversham!” ) and into Seasalter. Herein lay the sting in the tail. The Premier Inn (which we’d booked because it was the only place left in the town) is situated at the top of a very large hill.  What are you moaning about I hear you say – you’re from Sheffield, get over it! – in our defence 3 of us were riding Bromptons, we’d had a head wind all day and for some of us it was the first full day’s cycling we’d had for a while. We got there and found the most helpful hotel receptionist ever waiting for us. She stored our bikes in the office so we didn’t have to lug them up and down stairs and having freshened we headed down to town to view the most gorgeous sunset and take on beer and fish’n’chips on the delightful seafront. These weighed heavily when we eschewed the longer but finessed NCN route back again to the Hotel, instead staging a full frontal assault on Borstal Hill.

Whitstable has the NCN 1 continuation “Crab and Winkle” rail-trail route running the 7m to Canterbury and we were able to make use of that to drop into town and pick up the mainly off road coast-hugging NCN15 along the ‘Viking Trail’ coastline towards Margate, via Herne Bay and the amazing Reculver ruin and saxon-shore-fort  .

Into ‘kiss me quick’ Margate and a stop at the striking Turner Contemporary gallery  to view the journeys-with-the-waste-land exhibition. Then on round North Foreland – the boundary between Sea areas Thames and Dover, cycling along at the bottom of the amazing little white cliffs along Botany Bay.

Broadstairs happened, then we arrived at delightful Ramsgate. Clocking in to the Travelodge,and, acting on a tip from a fellow Bromptoneer who regaled us back in Broadstairs, we called in at the fab Hovellingboat inn micro pub where we were waited on, sampling a glass or two of  the gorgeous local Kentish Pip cider.

Ramsgate has a lot to offer; miles of tunnels to explore, a lovely working Royal harbour and marina with a delightful church for Smack boys (!)

And so the last day dawned, starting with 1.5 croissants for some, destination Canterbury via Sandwich, interrupted by a  sudden full size Viking Longship called Hugin! At Sandwich we dropped in to the plus Francais ‘Le Bistro’ for a yet another croissant and some lunch goodies (but no sandwiches). We headed inland along a network of very quiet lanes along the Stour valley, pitching up in Canterbury with time for a quick tour of the Cathedral before entraining  for St Pancras/Doncaster and home (4 hrs total – marvellous). 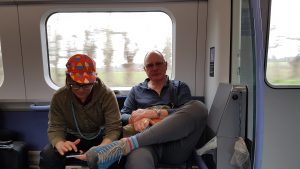 All in all a great little trip, we were pleasantly surprised how accessible Kent was, and how varied and interesting too.

So same time next year? – maybe train to Folkestone, and pick up NCN 2 back along to Brighton via Hythe, Romney marshes, Dungeness, Hastings and all……